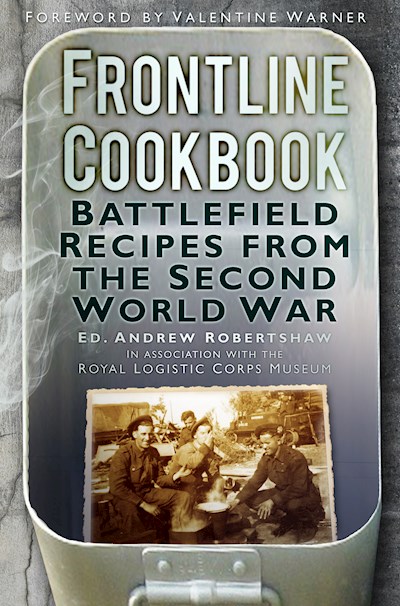 An army marches on its stomach and it fights on its stomach too – yet have you ever wondered how hundreds of men on the frontline are fed amidst hails of bullets and how kitchens are created in the desert or in the trench lines? In 1941 the army officially created the Army Catering Corps and opened the Army School of Cookery in Aldershot (to be followed by other schools all over the world, including Poona, India). Troops were trained to make meals out of the bare minimum of ingredients, to feed a company of men from only a mess tin and cook curries to feed hundreds only yards from the frontline. This book tells the story of how soldiers became army cooks, their training and in the frontline kitchen. Frontline Cooking also brings together recipes from the Second World War, including hand-written notes from troops fighting in the Middle East, India and all over Europe. Many recipes are illustrated with cartoons and drawings on how to assemble the perfect oven and kitchen tools at a moment’s notice from nothing. This book is the perfect inspiration for those who like to create an amazing meal anywhere, anytime, from anything.