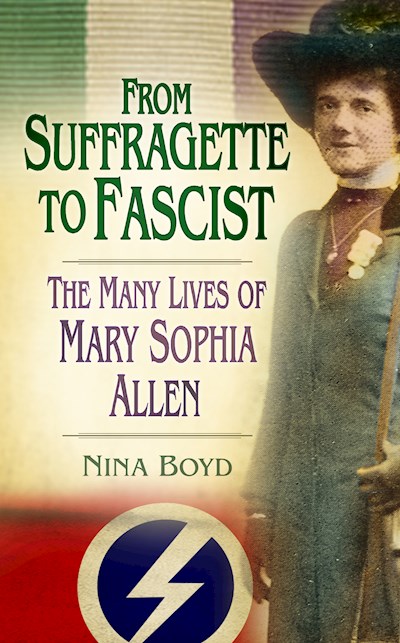 Mary Allen, once a window-smashing suffragette, went on to become a pioneer policewoman, helping create Britain’s first female police force. Honoured for her work policing munitions factories and bombed towns during the First World War, she was soon infuriating the Establishment, travelling the world in her unauthorised uniform to the acclaim of foreign leaders and the dismay of the British government. Mary’s head was next turned after a meeting with Hitler, and she joined Mosley’s British Union of Fascists, narrowly escaping internment despite suspicions of spying, secret flights to Germany and Nazi salutes. The liaisons she formed with wealthy heiresses funded an extravagant lifestyle and the formation of a private army of women intended to save the country from Communist aerial attacks, nudity and white slavery. Although adored by her loyal friends, Mary was a stubborn, opinionated woman and today her achievements are overshadowed by the eccentricities of her later years. Citing documents specially released from the Home Office and sources contributed from Mary’s own family, Nina Boyd has produced a fascinating account of this extraordinary woman.