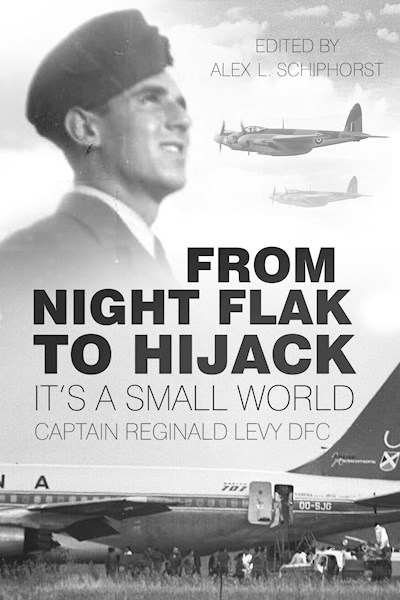 This is the autobiography of Reginald Levy, a British pilot who reached a total of 25,090 flying hours in over forty years of civil, military and commercial aviation. He recounts his training and military operations as an RAF Bomber Command pilot during the Second World War. Enthralled and immersed within the ever growing world of aviation, he flies sixty-four types of aircraft between 1941 and 1981 and takes part in the Berlin Airlift. He joins the Belgian airline Sabena in 1952. In 1972, he is hijacked by Black September terrorists and plays a heroic part in the liberation of the hostages thanks to his professionalism and training. Not only does the book offer an insight into the hardships and camaraderie of the Second World War and of the Cold War, it also gives a first-hand account of a Palestinian terrorist attempt. Two of the Israeli commandos who freed the hostages would go on to become prime ministers of Israel – Barak and Netanyahu. The epilogue is provided by his youngest grandson, Alex.