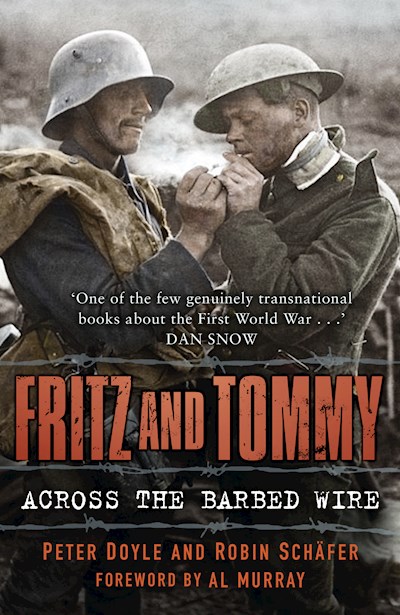 It was a war that shaped the modern world, fought on five continents, claiming the lives of ten million people. Two great nations met each other on the field of battle for the first time. But were they so very different? For the first time, and drawing widely on archive material in the form of original letters and diaries, Peter Doyle and Robin Schäfer bring together the two sides, ‘Fritz’ and ‘Tommy’, to examine cultural and military nuances that have until now been left untouched: their approaches to war, their lives at the front, their greatest fears and their hopes for the future. The soldiers on both sides went to war with high ideals; they experienced horror and misery, but also comradeship/Kameradschaft. And with increasing alienation from the people at home, they drew closer together, ‘the Hun’ transformed into ‘good old Jerry’ by the war’s end. This unique collaboration is a refreshing yet touching examination of how little truly divided the men on either side of no-man’sland during the First World War.