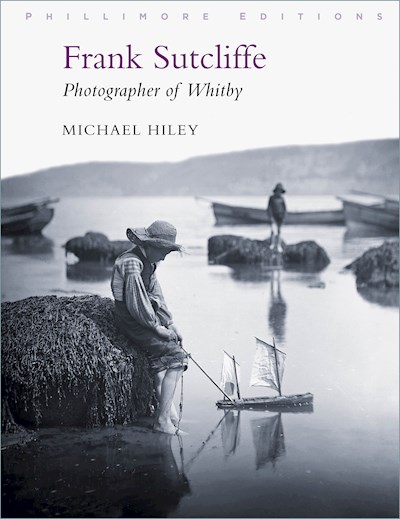 ‘His photographic skills enabled him to convert what he
felt about Whitby and the countryside around it—the feelings he carried inside
himself from the time he came from smoky Leeds as a child to first see the
coast—into a visual tribute which goes far beyond mere documentary recording.’

As one of the first men to devote his life and creative energy to photography, Frank Sutcliffe moved away from the confines of Victorian photographic conventions, which were based on artifice, and set himself the task of photographing the people and the countryside that he saw around him in as truthful and straightforward a manner as his equipment would allow. Despite his rarely leaving Whitby, Sutcliffe's work was known, exhibited and printed all over the world.

Michael Hiley has traced Sutcliffe's writings on photography, many of which are to be found only in newspaper archives and specialist photographic libraries. As the son of a painter, Sutcliffe was aware both of the unique qualities of photography and of the debt it owed to painting. The years of his greatest success were those of unprecedented upheaval in both painting and photography, and Frank Sutcliffe: Photographer of Whitby sets out to establish the relationship between Sutcliffe's work and that of the leading photographers and painters of his time.