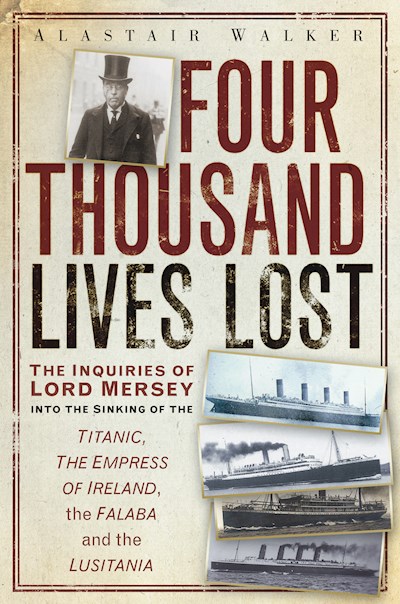 Over four years, four ships were lost under different circumstances and 4,000 lives with them — but one thing linked them all: it was John Charles Bigham, Lord Mersey, who was appointed to head the inquiries into each disaster. Mersey is oftern referred to as a ‘company man’, or a government stooge. But is this the whole truth? Everyone has heard of Titanic and Lusitania but more passengers died when the Empress of Ireland sank in May 1914. That inquiry turned into a head-to-head between an American lawyer and a British one. Did Mersey let the right man win? Was he fair to Captain Lord of the Californian when he blamed him for the loss of so many lives on Titanic? The U-Boat that sank the Falaba with the loss of 104 lives behaved very differently to the one that torpedoed the Lusitania just six weeks later. Did Mersey reflect that in his findings or was he more interested in propaganda than truth?