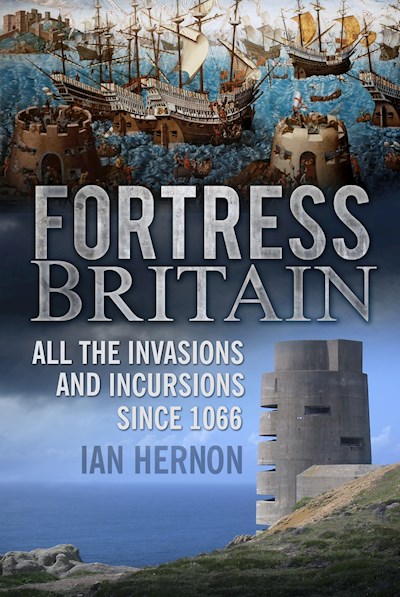 As Stuart Laycock’s book All the Countries We’ve Ever Invaded: and the Few We Never got Round to shows, the British have not been backward in coming forward when it comes to aggressive forays abroad. But it hasn’t all been one way. In 1193 for example, the Danes teamed up serial offenders, the French, for a full-scale invasion. The French Prince Louis the Lion came close to success exactly 150 years after the Battle of Hastings. The 100 Years War saw multiple raids on British towns and ports by the Spanish and French. Following the Armada, there was the bloodless invasion of 1688, Bonnie Prince Charlie’s march south, the remarkable American John Paul Jones’ attack on Whitehaven during the American War of Independence, the German occupation of the Channel Islands and – the great what if of British, perhaps world history – the threat of Operation Sealion. Ian Hernon brings his journalistic flair to bear in this dramatic narrative of the survival of an island race over 900 years – sometimes, surprisingly, against the odds. Whilst such a history (one leaving out the boring bits) is bound to entertain, it also cannot fail to inform: where were shots last exchanged with an enemy on the mainland? At Graveney Marsh in Kent.