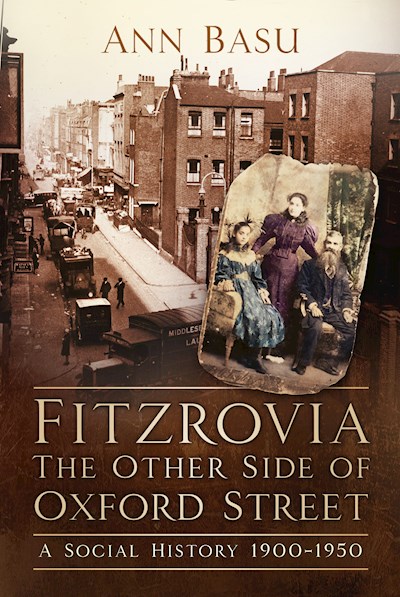 This is the other side of the story. Before the Second World War, Ann Basu’s family of Jewish tailors lived where the BT Tower stands today. At that time of high migration, the women’s fashion trade and the new car industry were sweeping into Fitzrovia, Russian and German anarchists argued in its clubs, Indian revolutionaries practised at the shooting range, and popular cafes such as Lyons’ transformed the social lives of workers. The Jews of Fitzrovia and Soho saw each other as being on the ‘other side’ of Oxford Street, and this book reflects Fitzrovia’s distinctive ‘inbetween-ness’ – at the inner edge of central London, but separate from the West End. Putting the spotlight on Fitzrovia’s enterprising twentieth-century immigrant workers, this is the history of working-class and outsider voices that have previously been muted