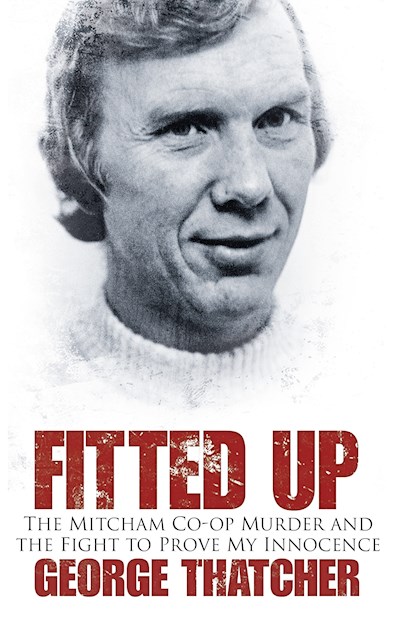 Fitted Up is the remarkable true story of George Thatcher, who spent four weeks in a death cell awaiting the noose for murder following the Mitcham Co-op robbery in 1962. He was later reprieved, but would still serve eighteen years for a crime he did not commit. This is a story of how corrupt policemen ‘fitted him up’ for the crime; a story of a life of poverty in the 1930s and ’40s as a child and young man – a life of petty crime in London’s bleak 1950s underworld reminiscent of all those black and white gangster films of the period. Thatcher was a non-violent ‘peter’ man, a safe-blower. He once blew the safes of three Surrey cinemas in one night. He was a West End ‘Jack the Lad’, but not a murderer. So when he was sentenced to death following the botched robbery, which he wasn’t even a part of, his life was turned upside down. There is a detailed retelling of the farce of a trial. Thatcher’s barrister was the renowned Christmas Humphreys, who, during the whole trial, spent barely 15 minutes talking to him. The policeman in charge of the case subsequently committed suicide – could this have been related to any guilt he might have felt over the imprisonment of an innocent man? George was sent to prison for life serving his sentence alongside men such as the Krays, Frankie Fraser and Ronnie Biggs. A riveting tale of poverty, injustice, incompetence, skullduggery, survival and ultimately freedom.