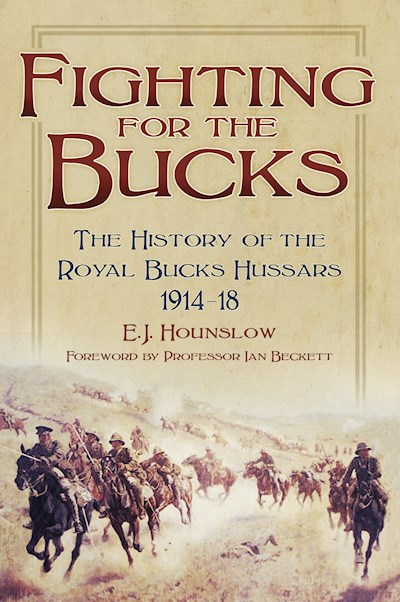 From the hell of Gallipoli to the deserts of the Holy Land, torpedoed in the Mediterranean before finally posted to the mud and trenches of the Western Front, the experiences of the Royal Bucks Hussars were as fascinating and bloody as any during the First World War. Condemned by Lord Kitchener as mere play boys, they were able to prove him unequivocally wrong by the end of the war. Sons of privileged backgrounds they may have been, but the war was indiscriminate in its killing, and war memorials and gravestones from Gallipoli to Ypres proves that the Buckinghamshire gentry were just as ready to die for their country as the average man on the street in any British town. They went to war on horseback, relics of a gentler age, but finished up as machine-gunners in a mechanised war during the final push on the Western front which broke the back of the German Army. This is their story.