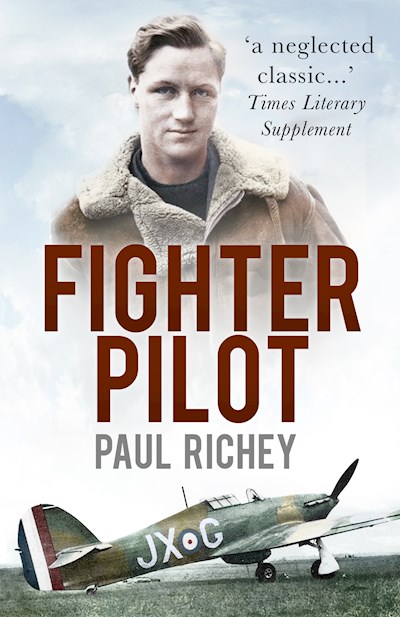 One of ‘The 30 Best Travel and Adventure Books of All Time’, as selected by Gear Patrol, Winner 2015 US Travel and Adventure website. Fighter Pilot was written from the immediate and unfettered personal journal that 23-year-old Flying Officer Paul Richey began on the day he and No. 1 Squadron landed their Hawker Hurricanes on a grass airfield in France. Originally published in September 1941, it was the first such account of air combat against the Luftwaffe in France in the Second World War, and it struck an immediate chord with a British public enthralled by the exploits of its young airmen. It is the story of a highly skilled group of young volunteer fighter pilots who patrolled, flew and fought at up to 30,000 feet in unheated cockpits, without radar and often from makeshift airfields, and who were finally confronted by the overwhelming might of Hitler’s Blitzkreig. It tells how this remarkable squadron adapted its tactics, its aircraft and itself to achieve a brilliant record of combat victories – in spite of the most extreme and testing circumstances. All the thrills, adrenalin rushes and the sheer terror of dog-fighting are here: simply, accurately and movingly described by a young airman discovering for himself the deadly nature of the combat in which he is engaged.