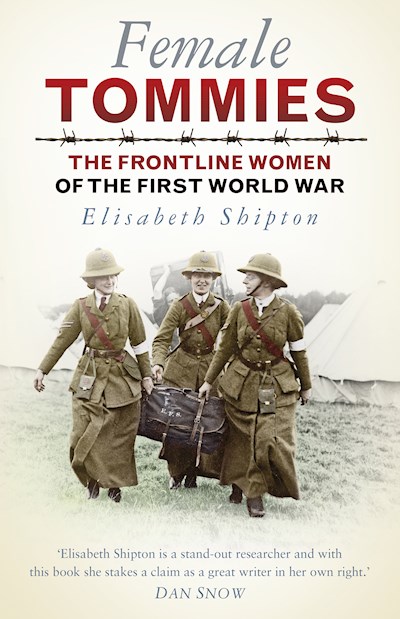 This book tells the story of women in the First World War at the front line, under fire, and in combat. Through their diaries, letters and memoirs, meet the women who defied convention and followed their convictions to defend the less fortunate and fight for their country. Follow British Flora Sandes as she joins the Serbian Army and takes up a place in the rear-guard of the Iron Regiment as they retreat from the Bulgarian advance. Stow away with Dorothy Lawrence as she smuggles herself to Paris, steals a uniform and heads to the Front. Enlist in Russia’s all-female ‘Battalion of Death’ alongside peasant women and princesses alike. Through the letters, diaries and memoirs of women who were members of organisations such as the US Army Signal Corps, the Canadian Army Medical Corps, the FANY, WRAF, WRNS, WAAC and many others, we learn what life was like for them on the front and discover the courage of the women who took up arms.