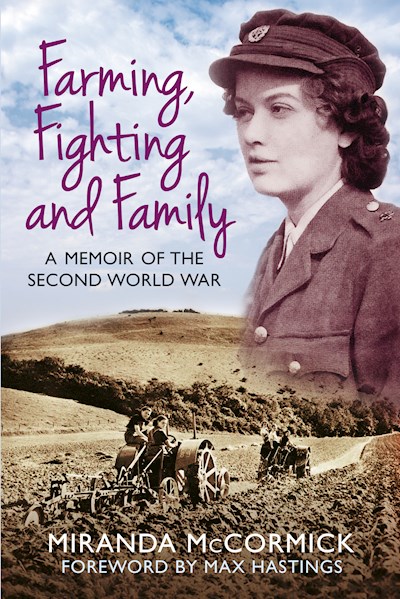 Farmer, author and broadcaster Arthur (A.G.) Street was one of the leading voices of British agriculture during the Second World War. His daughter Pamela – herself an aspiring writer – was 18 when war broke out. David, her future husband, served with the 4th RHA in North Africa. Using their previously unpublished diaries and letters, Miranda McCormick – Pamela’s daughter – tells the candid story of a Wiltshire family living and working at a time when ‘a little German with a black paint-brush moustache turned [the] world upside down’. Their very different experiences of war are woven into one masterful narrative of love, duty and separation during a time of national adversity. Detailing the sudden rise of her tenant farmer father to the status of a national celebrity, Pamela’s service as a VAD nurse and in the ATS, as well as her unofficial fiancé’s detainment in German and Italian prison camps, this is a story told with an almost allegorical simplicity. Intimate and personal, this vivid account of ‘ordinary life’ during extraordinary times is also the chronicle of a generation for whom farming was the fourth line of defence.