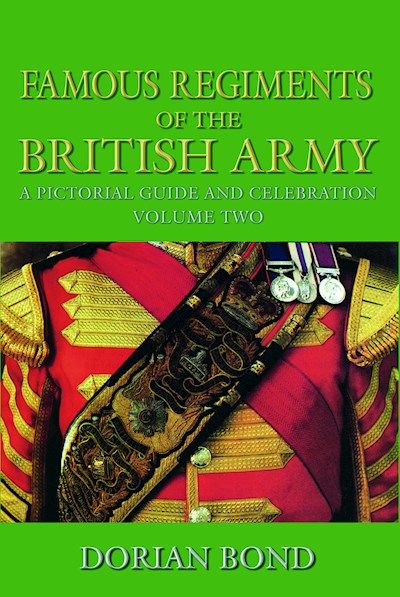 The amalgamation of the regiments of the British Army is now complete. This book, a companion to volume one, is a reminder of past glories. Thirty-six famous regiments are featured – their battle honours, their badges, their most famous sons – and just as in volume one, the stories of the actions of Victoria Cross holders. Each regiment’s section includes artworks and photographs illustrating insignia, uniforms and soldiers in action down through the centuries. While the tales of courage and loss are in themselves enthralling, Dorian Bond has provided a great deal of information about these bodies of men that is also intriguing: who were the so-called Minden regiments for example? And why were the men of the East Surrey Regiment known as the ‘Young Buffs’? Covering action wherever the regiments found it, from the Ardennes to Tibet, Famous Regiments of the British Army Volume Two by its very nature tells the stories of some of the most famous battles in history. All royalties earned from sales of this book, as for volume one, have been kindly donated by the author to Help for Heroes.

The German 66th Regiment in the First World War