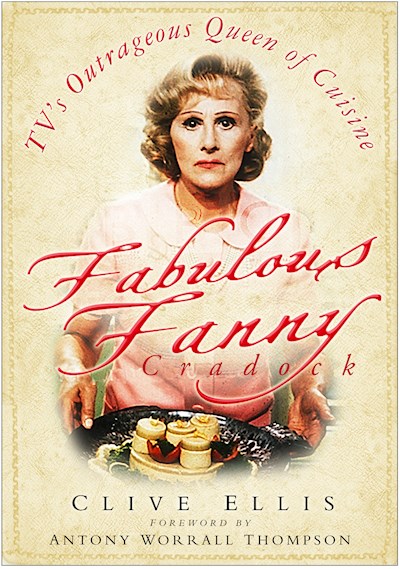 Fanny Cradock was one of the first TV celebrity chefs. Rude, snobbish, and short-tempered, she was reviled, relished and admired in equal measure. While she berated Margaret Thatcher for wearing 'cheap' shoes and clothes', wrote off Eamonn Andrews as a 'blundering amateur', and famously was forced to apologise for insulting another TV cook. Her cookery column in the Daily Telegraph, 'Bon Viveur' ran for 35 years and her cookery programmes - which she presented in evening gown, drop ear-rings, pearls, and thick make-up, booming orders at her partner Johnnie, a gentle, monocled stooge who was portrayed as an amiable drunk - were watched by millions. They were hugely influential: the Queen Mother told Fanny that they were 'mainly responsible' for the improvement in catering standards since the war; Keith Floyd declared that 'she changed the whole nation's cooking attitudes'; for Esther Rantzen 'she created the cult of the TV chef'.