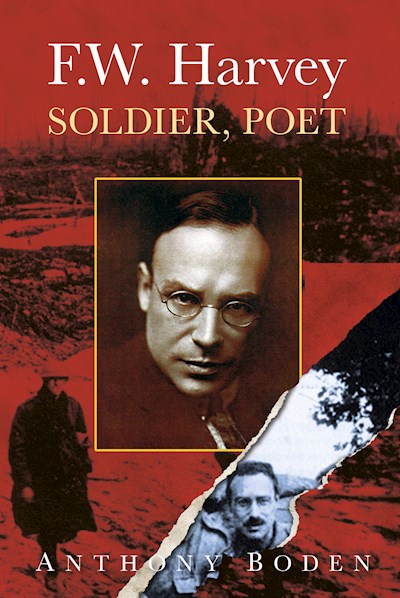 F.W. Harvey was one of a generation whose lives were splintered by the First World War, and one of that group of war poets for whom the war changed everything. He joined the 5th Battalion of the Gloucestershire Regiment only days after war was declared, and was among the first Territorials to land in France. As a Lance-Corporal he was awarded the Distinguished Conduct Medal for ‘conspicuous gallantry’ and was commissioned shortly afterwards. He survived the Somme offensive but in August 1916 was captured by the Germans while reconnoitring alone behind enemy lines. He spent the rest of the war in p-o-w camps. But Harvey was more than just a tough soldier. A contemporary of Sassoon, Brooke and Thomas – and with Ivor Gurney his closest friend – he wanted nothing more when ‘at rest’ than an interval of quiet in which to set down in verse his longing for his Gloucestershire homeland, his outrage at the waste of war, his joy in comradeship, his humour and his unflinching faith. This biography contains many of the poems, including the world-famous ‘Ducks’, and is illustrated with a wealth of contemporary photographs