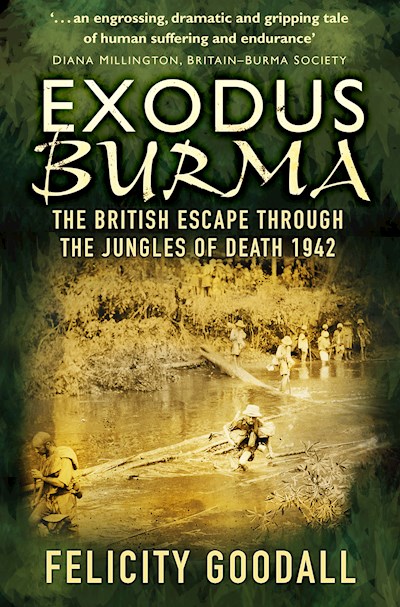 In 1942 the battle-hardened troops of the Japanese army overran Burma with frightening speed despite opposition from Indian and British troops, triggering the exodus of half a million people who abandoned their homes and set off on foot for India. They included people from all walks of life: the elderly, pregnant women, children. Ill equipped and provisioned, they were not prepared for a trek of several hundred miles through dense jungle and steep mountains. Disease, starvation and exhaustion claimed thousands whose graves lie unmarked in some of the most inhospitable terrain in the world, while hundreds drowned in the mud as the monsoon turned valleys into swamps and rivers into torrents. Even six months later jungle tracks were lined with the bones of those who had died trying to escape. Survivors lost everything. Scarred by their ordeal, most refused to speak of the nights sleeping among corpses, or the daily struggle for survival. Here diaries, letters and official documents have been drawn on to bring to life this shocking episode in the British Empire’s history. Felicity Goodall has retraced the routes taken by these refugees, her travels adding empathy and understanding to the story of those forced to flee battlefield Burma.