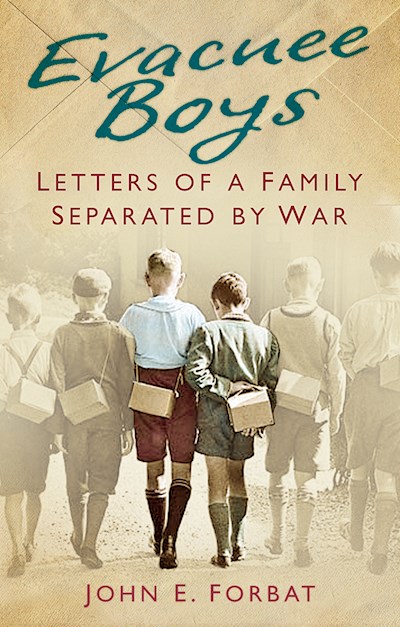 Brothers John and Andrew Forbat had been happily living in England as patriotic British boys since 1936. When the Second World War broke out, however, the brothers found themselves evacuated to a disadvantaged part of Melksham in Wiltshire, cut off from home and family, and in straitened circumstances. Added to this, on Pearl Harbor Day 1941, Hungary, along with other countries, joined the Axis and the Forbat family became Enemy Aliens. Their many letters home throughout the war, with details of their schooling, bullying, friendships and constant pursuit of more pocket money, form a humorous and at times tragic testament to the hardships of war. Interspersed with diary entries made by the boys’ father back home in Blitz-ravaged London, and letters from Andrew when he was interned on the Isle of Man, Evacuee Boys is as full a record of war-torn Britain as one family could provide.