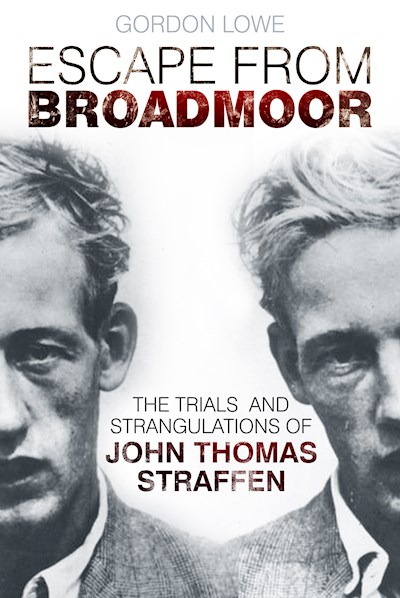 John Thomas Straffen – Britain’s longest-serving prisoner – was the first patient to escape from Broadmoor Hospital and be prosecuted for a crime committed on the run. He killed within hours. Prior to this, at his home in Bath, he was dismissed as a loner, an imbecile, a ‘child trapped in an adult’s body’. On the afternoon of Sunday 15 July 1951, John Straffen strangled 8-year-old Brenda Goddard as she picked flowers. Three weeks later, he committed a similar murder before inadvertently confessing to the police. Faced with a serial killer with a mental age of 10, whose motive apparently was nothing more than to annoy the police, the court sent Straffen to Broadmoor Institute, as it was known then, for the criminally insane. But on 29 April 1952, having spent only six months at the Institute, he escaped in a carefully planned bid for freedom that should not have been possible. During these four hours on the run, hoping to show the authorities he could be free and not commit further offences, Straffen instead murdered 5-year-old Linda Bowyer. Prime Minister Winston Churchill and his beleaguered government intervened to prevent Straffen walking free again. But was Straffen insane? Using previously unpublished documents, including government classified papers, author Gordon Lowe paints a vivid picture of a man who shocked the nation and confused the courts with his crimes.