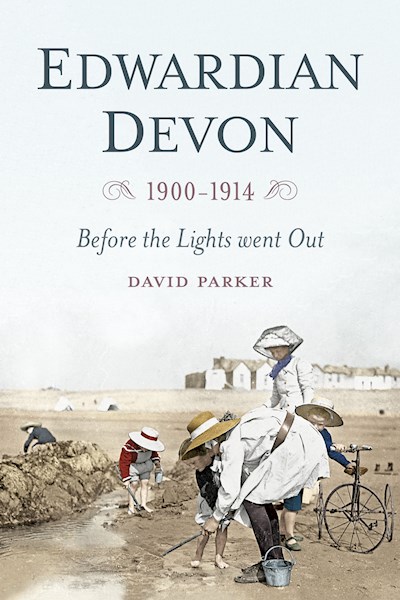 A century ago, Britain was locked in a devastating worldwide conflict that would change every aspect of society. This book explores life in Devon between 1900 and 1914, offering a revealing glimpse of a world now long-vanished before war broke out. Devon was no backwater; its railways and shipping were busy bringing tourists in and sending vast quantities of produce out. It was, though, a county of contrasts and change. Farming had reinvented itself after the late Victorian depression, but villages were in decline; churches and chapels were full but religion bitterly divided communities; the wealthy enjoyed extravagant lifestyles on great estates but their authority was under attack. Devon’s upper-, middle- and lower-class schools perfectly reflected the Edwardian social hierarchy, but as the county’s elections revealed, society was being torn asunder by bitter controversies over exactly who should have the vote, rule the country, and control the Empire. It was a worrying time overseas too: Great Britain’s supremacy was increasingly challenged, and the warships in Devon’s harbours and army manoeuvres on the moors drew many comments as the storm clouds began to gather over Europe. Using mainly contemporary sources, this engaging book examines the attitudes and experiences of people across all social classes in this tumultuous era.