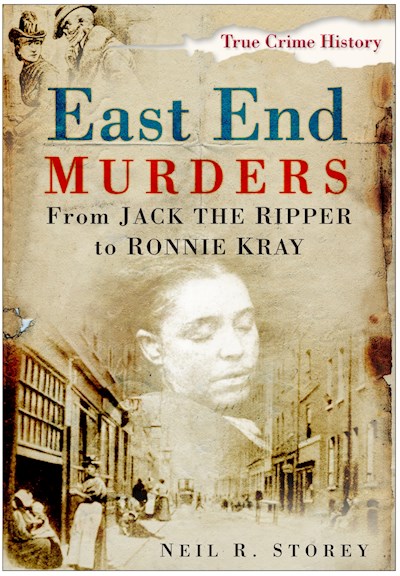 Neil R. Storey has drawn on a vast array of originial sources - among them witness statements, coroners' reports and court records - to produce a revealing insight into the East End's darkest moments. As well as the murders of Jack the Ripper, perhaps the most infamous in history, he looks at nine other cases in detail: the still mysterious Ratcliffe Highway Murders of 1811; Henry Wainwright, who dismembered his mistress and rolled up her remains in a carpet in 1874; Israel Lipski, whose name became a term of derision and abuse against Jews in East London for years following his conviction for ther murder of a young woman in 1887; the unsolved murder of Frances Coles in 1891; the Whitechapel High Street Newspaper Shop Murder in 1904; the Houndsditch Murders and the Siege of Sydney Street in 1910, in which a robbery potted by Russian anarchists went badly wrong; the throat-cutting William Cronin in 1925; the Bow Road Cinema Murder in 934; and finally the shooting of George Cornell by Ronnie Kray at the Blind Begger pub in 1966. East End Murders is a unique re-examination of the darker side of the capital's past