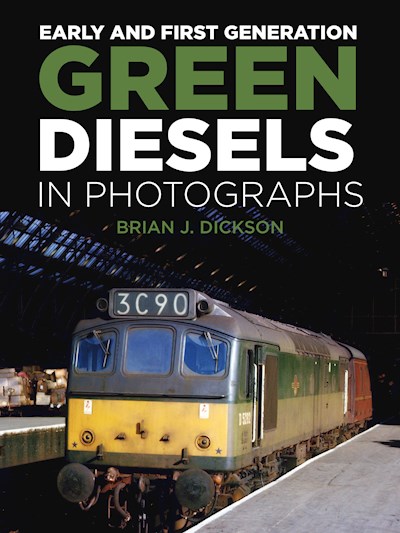 The ‘Big Four’ railways had experimented with diesel-powered shunting locomotives from 1933 with the Great Western Railway seeing the advantages of operating diesel-powered railcars, and doing so successfully from the same date. The 1955 ‘Modernisation Report’ predicted the end of steam power and laid out the basis of the ‘Pilot Scheme’ for the introduction of main-line diesel locomotives to British Railways. A number of these hastily designed classes of locomotives were found wanting in terms of power and especially reliability, but pressure to forge ahead with their introduction meant that the numbers constructed were unrealistic and, in consequence, many had very short operating lives. Fortunately, the ‘Pilot Scheme’ did bring forward some excellent reliable classes of locomotives that were produced in large numbers, with examples surviving into the modern railway operating companies and the preservation scene. Early and First Generation Green Diesels in Photographs brings together the work of four photographers – Ron Buckley, Robert Butterfield, Andrew Forsyth and Hugh Ramsay – charting the development of diesels in their photographs from 1949 to 1966.