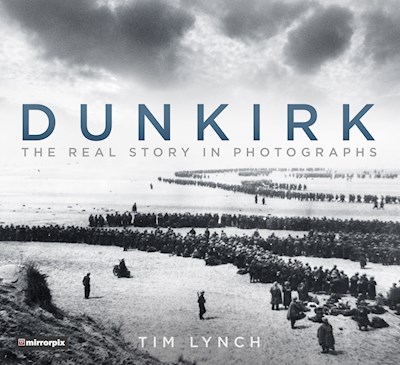 The Second World War saw heroic efforts made by the Allied forces from its very outset, but in May 1940 disaster befell the British Expeditionary Force in France. Isolated from the rest of their allies, they faced insurmountable numbers of enemy troops. All was so very nearly lost, until the German land forces were given the surprise order by Adolf Hitler to halt briefly. Taking advantage of this unexpected but welcome turn of events, the British troops fled for the beaches of Dunkirk and fortified them while the Royal Navy dispatched almost 900 ships and boats to rescue British and Allied soldiers from the jaws of defeat. In all, over 300,000 men were evacuated, while 40,000 brave rearguard troops lost their lives or their freedom for the good of their allies. Operation Dynamo, and its remarkable evacuations from the beaches of Dunkirk, was hailed by Winston Churchill as a ‘miracle of deliverance’, but he also warned that ‘wars are not won by evacuations’. This was only the beginning of a conflict that was to last five long years, but for now the fight for freedom could continue. Here Tim Lynch presents the true story of this miraculous event using stunning, rare images from the Mirrorpix archive.