Down Amongst the Black Gang 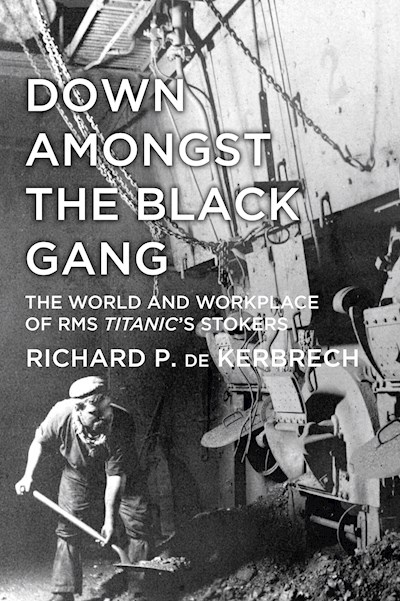 Down Amongst the Black Gang

Down in the fiery belly of the luxury liners of the Titanic era, a world away from the first-class dining rooms and sedate tours of the deck, toiled the ‘black gang’. Their work was gruelling and hot, and here deKerbrech introduces the reader to the dimly lit world and workplace of Titanic’s stokers. Beginning with a journey around some of the major elements of machinery that one might encounter in the giant ships’ engine and boiler rooms, the sheer skill and strength that a man in this employ must have had is brought to the fore. The human side of working for Titanic and her contemporaries is also explored through an investigation of stokers’ duties, their environment and conditions: what it was like to be one of them. An oft-ignored part of Titanic’s story, the importance of the black gang and the job they performed isbrought to life, making poignant their fate on the maiden crossing of Titanic. This certainly is a book that no Titanic-era shipping historian or researcher should be without.