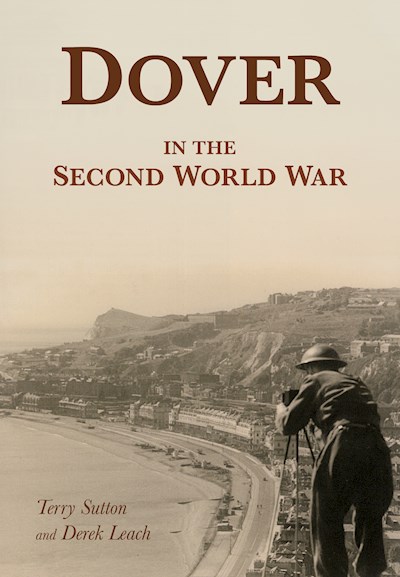 This book tells in detail what it was like to live in an English town constantly under siege from enemy guns in the Second World War. Many towns in Britain suffered from enemy action during the 1939-45 war but none endured the almost daily explosions of shells fired from huge German guns on the French coast, some 21 miles away. Not only that for there were regular bombing raids while Luftwaffe pilots machine gunned people in the streets. Many of those who lived in Dover during the bombing and shelling are no longer with us but the authors have captured the memories of more than a score of survivors, some of whom have since died. This fully illustrated book reveals how the military authorities planned to demolish homes on the seafront to provide clear lines of fire to cut down any invaders coming ashore at the port. And how a scheme was developed to evacuate thousands from the depleted population in trainloads of 800 at a time. Those who remained were to be herded into deep shelters in the cliffs and chalk hills so that the defending troops in the ancient Dover Castle and the Napoleonic fortifications on the Western Heights could pour firepower down into the centre of the town. In early 1939 the busy ferry port of Dover had a population of more than 40,000 but with the enemy 21 miles away preparing to invade, the population dwindled in 1940 to an estimated 16,500 and the borough council feared widespread bankruptcy. But while there was an outflow of civilians from the town, hundreds of Royal Navy personnel and soldiers arrived in Dover to hit back at the enemy whose fortifications, on a clear day, could be seen on the cliffs of Calais. Gradually, with the threat of invasion reducing, there was a drift back of many of those who had evacuated the town but, once again, there was a rush to depart in September 1944 when German gunners fi red relentlessly on Dover in an effort to use up all their shells before the Canadians fought their way into their heavily fortified gun emplacements on the cliffs of Pas-de-Calais.