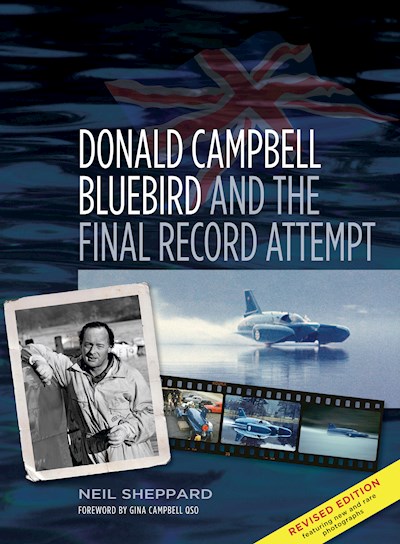 This is the illustrated story of the last water speed record attempt made by Donald Campbell in 1966/7. Featuring a diary beginning with his first plans in June 1966, the preparations and modifications to Bluebird K7, the trials and setbacks at Coniston, the unsuccessful speed runs made in December 1966, and the runs over the Christmas holidays, the story is told right through to the attempt on 4 January, where Campbell lost his life. Disaster was not inevitable, but the team were aiming for an eighth speed record to add to their earlier successes. The book details the minutiae of the events as they occurred, and illustrates how frustrations regarding the attempt built up over time, to the extent that Campbell went from being optimistic that the record would be achieved within a matter of days, to the point where he become more and more beleaguered as the weeks rolled on, and finally, where he seemed to be about to pull victory from the jaws of defeat, only for circumstances to intervene which resulted in his death.