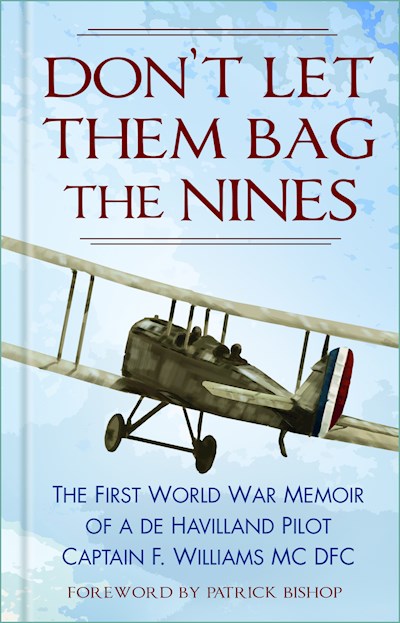 UNDISTURBED in an old First World War trunk were medals, logbooks, plane parts . . . and an old manuscript. This was the memoir of Captain Frederick Williams, who flew D.H.4s in photo reconnaissance and bomber raids over Germany. Starting when he was stationed in Nancy in 1918 and ending with his return home with a Croix de Guerre and a DFC to his name, Captain Williams’ vivid descriptions place the reader right in the air alongside him, relaying the thoughts running through his head as events unfolded around him. It is an important insight into the early development of bomber raids within the RAF.