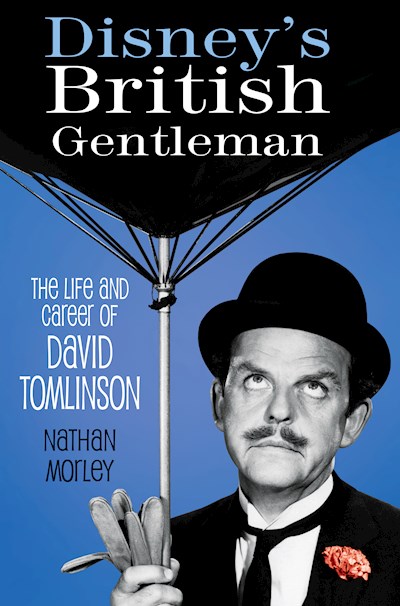 Even if the name doesnt ring a bell, youd recognise David Tomlinsons face genial and continually perplexed, he was Mr Banks in Mary Poppins, Professor Browne in Bedknobs and Broomsticks and Peter Thorndyke in The Love Bug. To many, hes the epitome of post-war British comedy.

But at times his life was more tragedy than comedy. A distinguished RAF pilot in the Second World War, his first marriage was to end in horrific tragedy and his next romance ended with his lover marrying the founder of the American Nazi Party. He did find love and security in his second marriage, but drama still played its part in his life from the uncovering of an earthshattering family secret to the fight for an autism diagnosis for his son, up against the titans of the British medical establishment.

Tomlinson may have died over twenty years ago, but his star continues to shine. In Disneys British Gentleman, Nathan Morley reveals the remarkable story of one of Disneys most beloved icons for the very first time.