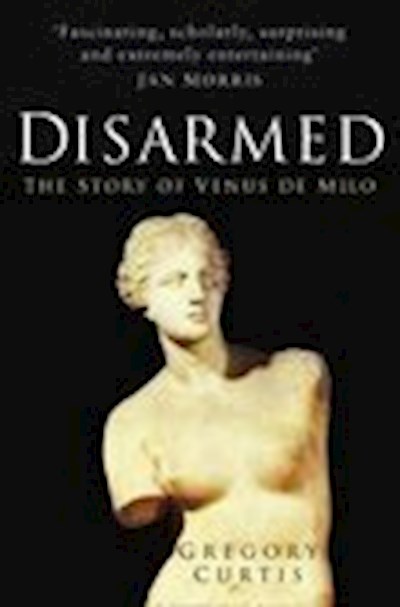 In Disarmed, Gregory Curtis gives us the "life" of this magnificent statue. Unearthed by a farmer digging for marble building blocks on the Aegean island of Melos, at the moment a young officer and amateur archaeologist happened by, the ownership of the Venus was fought over by the island's elders and their Turkish overlords. The French pressed their claim and then, outwitting other suitors, brought her to the Louvre, where she became an immediate celebrity. A passionate researcher, Curtis shows us Europe in the early nineteenth century, caught in the grip of a classical art mania and a burgeoning romantic Hellenism. He sketches a tale of rich historical intrigue, revealing just how far the Louvre was prepared to go to prove it had the greatest classical find of the era. And how two magisterial scholars, one French and one German, battled over the statue's origins and authenticity for decades. This is a marvellously readable and entertaining history of one of the best known artworks in the world.