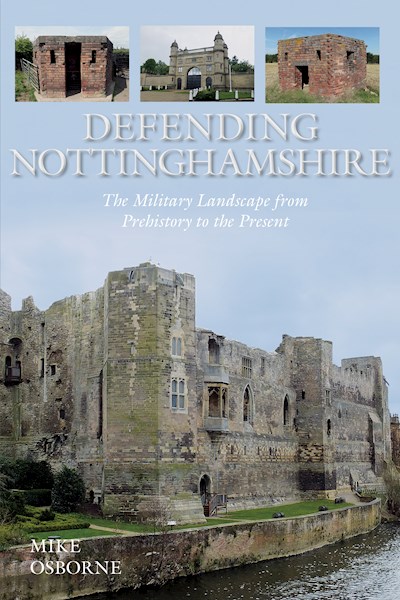 Nottinghamshire’s position at the very heart of England has given it important strategic significance throughout two millennia, underlined by the number of roads, waterways, and later railways, criss-crossing the county. An endless succession of armies have used the Great North Road: the Romans, the Vikings, the Normans, the Lancastrians and the Jacobites. Strategic river crossings and road junctions have been guarded by Roman camps, Viking and Saxon burhs, medieval castles, Parliamentarian and Royalist forts, and the anti-invasion defences of the Second World War. The area has traditionally provided a rallying point for armies to be gathered, from Richard III’s in 1485 to Kitchener’s in 1914. Building on the experience of the great training camps of Clipstone and the Dukeries and the extensive munitions works of Chilwell and Nottingham, in the Second World War the county expanded such provision, becoming home to a concentration of flying training centres, key components of the army’s and the RAF’s logistical support networks and further munitions plants. Much of this military activity has left its mark on the landscape, some of it relatively untouched, and some adapted to meet the demands of change. Some monuments are of enormous national importance; Newark-on-Trent, as well as retaining its unspoilt medieval castle ruins, boasts the best single concentration of Civil War-period fortifications anywhere in Britain.