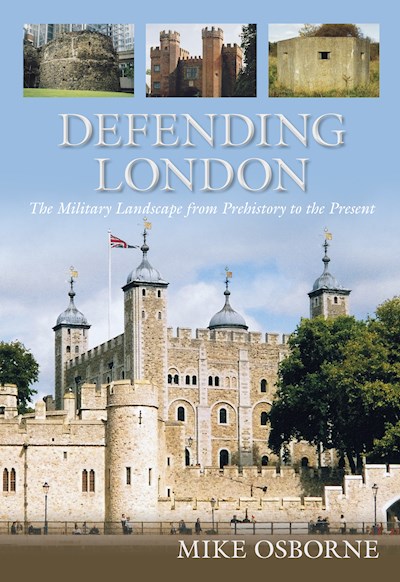 For two thousand years London has been at the heart of Britain’s development as a nation, providing a focus for its political life. The military element is now usually visible only through the pageantry which attends royal occasions, but this masks a more serious underlying intent. Frequently the target for both foreign invaders and domestic factions, it has been required to defend itself against everything from seaborne raiders to aerial bombardment and the threat of nuclear war. At the same time, the direction of military affairs has been centred on London, along with the military infrastructure of barracks, depots, magazines, dockyards and munitions factories. The evidence for much of this can be seen in the landscape, from the mediaeval Tower of London and the underground nuclear citadels in the urban centre, to the royal palaces, moated sites, airfields and anti-invasion defences in the suburbs and the green belt. This book describes the various elements of London’s military heritage, and places them in their historical and social context. From the castles and strong-houses of the mediaeval and Tudor monarchs and statesmen, to the pseudo-fortresses of the Victorian militia and rifle volunteers; the airfields of the anti-Zeppelin fighters of the Royal Flying Corps, and the Battle of Britain bases of the RAF, to the pillboxes of the defences against invasion in 1940, and the anti-nuclear defences of the Cold War and beyond.