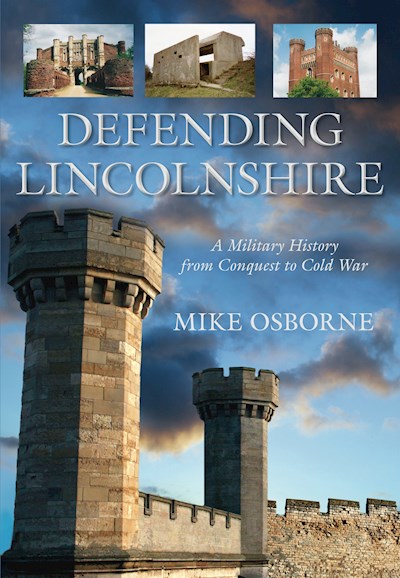 In the 2000 years between standing on the northern edge of the Roman Empire and representing the West's response to the threat of nuclear war, historic Lincolnshire has been at the forefront of civil strife and in the front line of two world wars. Much of this military heritage is still visible in the landscape: Roman forts; medieval castles, fortified manors and moats; Victorian barracks and drill halls; military airfields; anti-invasion defences; radar sites, bunkers and nuclear-attack monitoring posts. This boo describes the various elements of Lincolnshire's rich military heritage, and places them in their historical and social contexts. From the strong houses of John of Gaunt's mistress, or Henry VI's Lord Treasurer, to the pseudo-fortresses of the Victorian Army; from the camps of Kitchener's New Army and the landing-grounds of the anti-Zeppelin fighter aircraft in one world war, to the pillboxes of the 1940 anti-invasion defences and the airfields of the RAF, from which were launched countless sorties both on land and sea against a Continental enemy, in another.