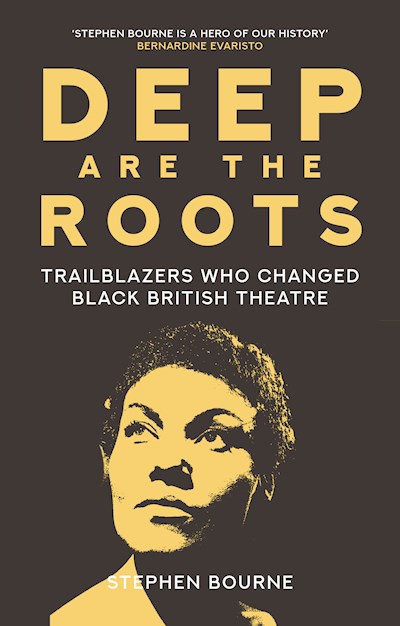 In Deep Are the Roots, Stephen Bourne celebrates the pioneers of Black British theatre, beginning in 1825, when Ira Aldridge made history as the first Black actor to play Shakespeare’s Othello in the United Kingdom, and ending in 1975 with the success of Britain’s first Black-led theatre company.

In addition to providing a long-overdue critique of Laurence Olivier’s Othello, too-often cited as the zenith of the role, Bourne has unearthed the forgotten story of Paul Molyneaux, a Shakespearean actor of the Victorian era. The twentieth-century trailblazers include Paul Robeson, Florence Mills, Elisabeth Welch, Buddy Bradley, Gordon Heath, Edric Connor and Pearl Connor-Mogotsi, all of them active in Great Britain, though some first found fame in the United States or the Caribbean. Then there are the groundbreaking works of playwrights Barry Reckord and Errol John at the Royal Court; the first Black drama school students; pioneering theatre companies; and three influential dramatists of the 1970s: Mustapha Matura, Michael Abbensetts and Alfred Fagon.

Drawing on original research and interviews with leading lights, Deep Are the Roots is a powerful study of theatre’s Black trailblazers and their profound influence on British culture today.