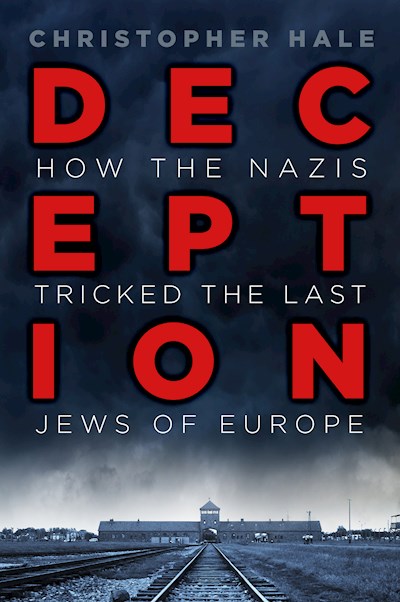 ‘I suppose you know who I am? I was in charge of the actions in Germany and Poland and Czechoslovakia. I am prepared to sell you one million Jews: Goods for blood … Blood for goods.’ These were the chilling words uttered by one of the most notorious Nazi bureaucrats, SS Colonel Adolf Eichmann, to a young Jewish businessman called Joel Brand in the spring of 1944. Brand embarked on a desperate mission to persuade the Allies to barter with Eichmann – and failed. At the same time, the SS deported hundreds of thousands of Hungarian Jews to Auschwitz-Birkenau packed in cattle trains. The majority were gassed, then incinerated. For decades after 1945, many blamed the Allies for callously abandoning a million Hungarian Jews to their fate. In Deception, Christopher Hale presents a new account of the ‘Brand Mission’ based on evidence in the national archives of Germany, Hungary, Britain and the United States. Hale reveals that Eichmann’s offer formed one part of a monstrous deception designed to outwit the leaders of the last surviving Jewish community in Europe. The deception was more complex and – from the German point of view – more successful than any operation mounted by the secret services of the Allied governments.