Death on the Don 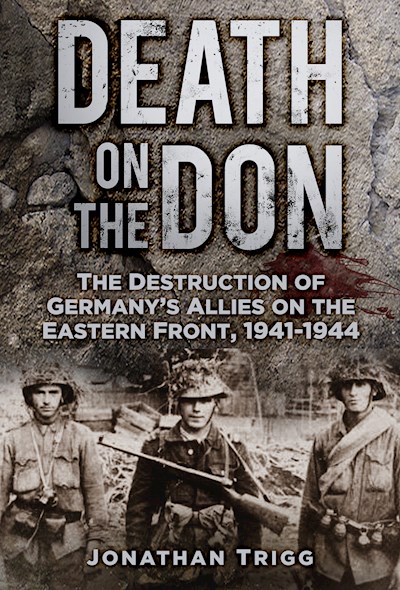 Death on the Don

Nazi Germany’s assault on the Soviet Union in the summer of 1941, Operation Barbarossa, was the largest invasion in history. Almost 3.5 million men smashed into Stalin’s Red Army, reaching the gates of Leningrad, Moscow and Sevastopol. But not all of this vast army was German; indeed, by the summer of 1942, over 500,000 were Romanians, Italians, Hungarians, Slovaks and Croatians – Hitler’s Axis allies. As part of the German offensive that year, more than four Allied armies advanced to the River Don only to be utterly annihilated in the Red Army’s Uranus and Saturn winter offensives. Poorly equipped, often badly led and totally unprepared for the war they were asked to fight; hundreds of thousands were killed, wounded or captured even as the German’s own Sixth Army was surrounded and wiped out in the rubble of Stalingrad. Nazi Germany and her allies never recovered militarily. Drawing on first-hand accounts from veterans and civilians, as well as previously unpublished source material, Death on the Don tells the story of one of the greatest military disasters of the Second World War.