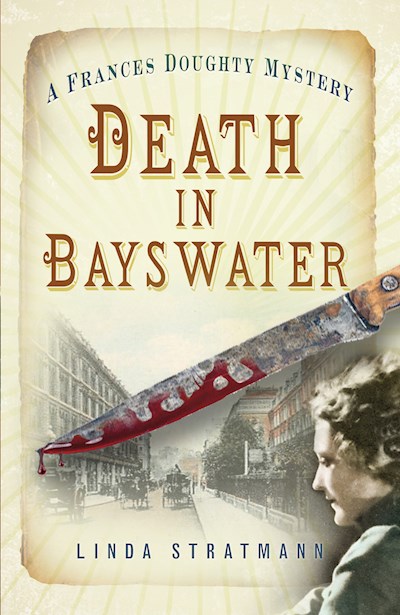 LONDON 1881: Panic reigns in Bayswater as a ruthless murderer prowls the foggy streets of the nation’s capital. Residents live in fear, rumours and accusations abound, and vigilante groups patrol by night. It is not, of course, a suitable investigation for a lady detective, but when a friend falls victim to the killer’s knife, Frances Doughty is drawn into this sinister new case. Myth and reality collide in another thrilling mystery that will stretch Frances’ powers of deduction – and her courage – to the limit.