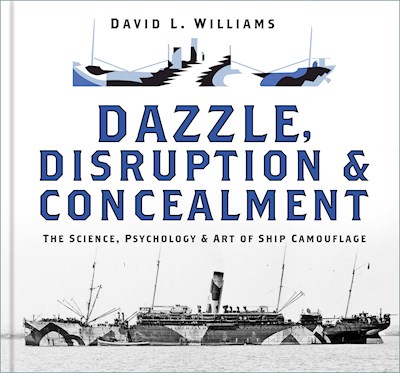 Many people are familiar with the term ‘dazzle design’, even perhaps as it was applied to ships during wartime. But what of its origins and objectives as a defensive practice at sea? Moreover, was it the only approach to the painted protection of merchant and naval vessels during the two world wars? Presented here are the origins of maritime camouflage, drawing on early influences of natural concealment as seen in living creatures and plants, followed by the emergence of two fundamentally-opposed schools of thought – reduced visibility, or disruption to visual perception. The book explores the schemes themselves, and the objectives and effectiveness of the various strategies advocated as forms of painted protection by looking at the scientific and artistic principles involved (the behaviour of light and the process of vision), as well as the individuals engaged in maritime camouflage development and the institutions set up to conduct in-depth research into these practices.