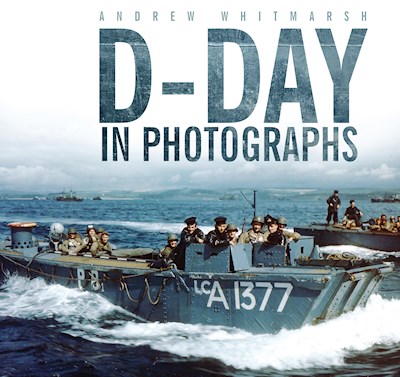 The Allied landings in France on 6 June 1944 were a turning point in world history. This book is a compilation of 200 images relating to all aspects of D-Day and the Normandy landings, beginning with the years of planning and preparations, all conducted in great secrecy. Next the focus is on the naval and air force operations, the airborne landings, and the British, American and Canadian forces who came ashore on 6 June. The book also covers the months of hard fighting during the Battle of Normandy, and through to the end of the war. Using the extensive archives of the Portsmouth D-Day Museum, this is a moving and unique record of a momentous time. Andrew Whitmarsh is military history officer for Portsmouth Museums & Records Service, a role which includes the curatorship of the D-Day Museum and Overlord Embroidery. The D-Day Museum opened in 1984 and is the United Kingdom’s only museum with the sole purpose of telling the story of D-Day. He has been its curator since 2001. He has written a variety of popular and academic articles on military history, as well as D-Day in Photographs and Portsmouth at War for The History Press.