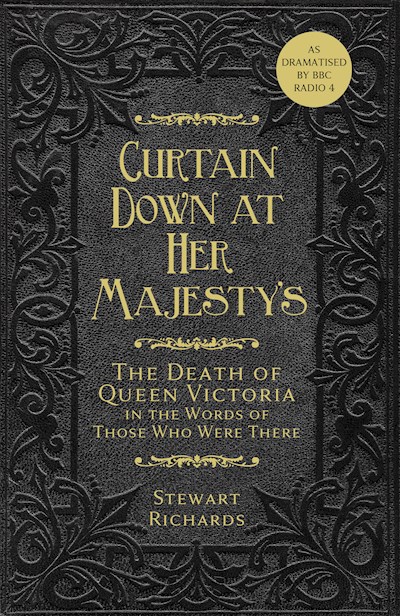 She was the most powerful woman in the world. Victoria had ruled through more than six decades, watching her kingdom spread to become the world’s biggest empire and witnessing massive change in society and leaps forward in technology. Many of her people had known no other monarch. It is little surprise, then, that her death resulted in chaos, shock and mass outpourings of grief across the world. Here author and researcher Stewart Richards has delved through the archives to put together the definitive view of Victoria in her drawn-out final days of illness, through the immediate reaction to and aftermath of her death, to the state funeral on 2 February 1901. Based entirely on fascinating first-hand accounts, Curtain Down at Her Majesty’s offers a remarkable insight into the events of those tumultuous few days, and a truly unique perspective on the life and impact of one of history’s great monarchs.