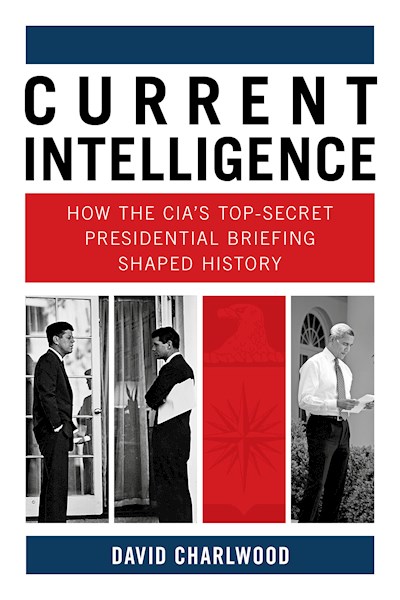 Every day, the President of the United States receives a bespoke, top-secret briefing document from the Central Intelligence Agency. Truman started them, Kennedy came to rely on them and Trump hardly read them.

Current Intelligence charts almost a century of history and politics, revealing for the first time the day-to-day intelligence that landed on the Oval Office desk in the form of the President’s Daily Brief. Using recently declassified documents, David Charlwood uncovers what successive American presidents knew and when, and what they did in response. The Cold War nuclear arms race, the Vietnam War and 9/11 might never have happened if presidents had read their Daily Briefs differently.

By focusing on key moments, from the Cuban Missile Crisis and covert operations around the world, right up to the withdrawal from Afghanistan in 2021, Charlwood reveals how intelligence has profoundly shaped our past and present.