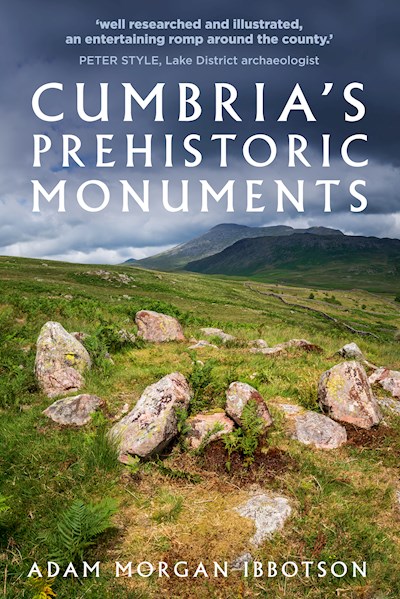 Cumbria is a land built from stone.

Whether it is Hadrian's Wall, Kendal Castle or the beautiful fells of the Lake District – for thousands of years people have found a certain elegance and utility in stone. Nestled amongst these common relics are a multitude of massive stone monuments, built over 3,000 years before British shores were ever touched by Roman sandals. Cumbria’s 'megalithic' monuments are among Europe's greatest and best-preserved ancient relics but are often poorly understood and rarely visited.

Cumbria’s Prehistoric Monuments aims to dispel the idea that these stones are merely ‘mysterious’. Instead, within this book you will find credible answers, using up-to-date research, excavation notes, maps and diagrams to explore one of Britain's richest archaeological landscapes. Featuring stunning original photography and newly illustrated diagrams of every megalithic site in the county, Adam Morgan Ibbotson invites you to take a journey into a land sculpted by ancient hands.