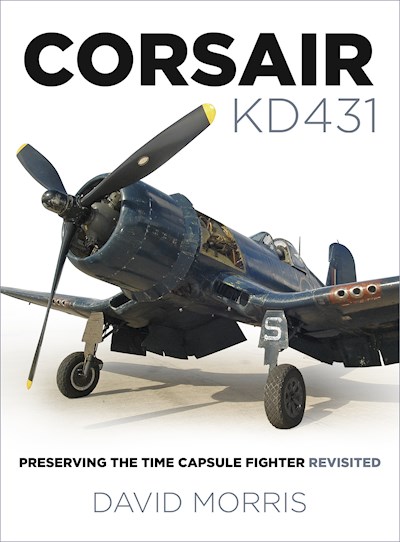 In 2000, the Fleet Air Arm Museum conservation team embarked on an ambitious project to explore what remained of any original paintwork and markings on its Second World War Corsair fighter aircraft. The painstaking, inch-by-inch removal of a 1960s paint layer from the whole aircraft slowly revealed that the entire aircraft remained authentic and original in its 1940s wartime condition. The detailed forensic approach allowed the valuable and many unique details to be studied and preserved, enabling the team to chart the aircraft’s history from factory to end of Royal Navy service. Thanks to new research, this updated edition of Corsair KD431 contains new images and findings concerning the story of how Lt Cdr Godfrey Woodbine-Parish returned from Ceylon in the Second World War, and also the use of Brewster Aircraft components on Goodyear factory-built aircraft.