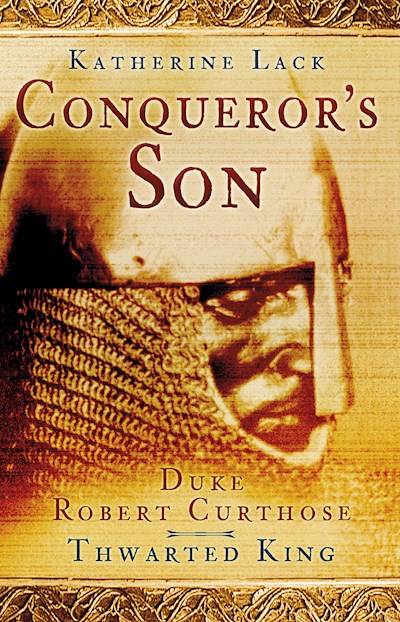 Duke Robert of Normandy, eldest son of William the Conqueror, was one of the greatest kings England never had. Instead, his reputation was distorted by the English chroniclers to give legitimacy to the claims to the throne of Robert’s two brothers, William Rufus and Henry I. This man, known to history as a rebel, a lazy ruler and an incompetent idler, is shown by Katherine Lack to have been the victim of a carefully constructed web of medieval spin. He has had 900 years of bad publicity as an undutiful son, harassing his father with acts of insubordination, spending money so recklessly that he had to sell his lands in Normandy to his brothers. The portrait that emerges in Conqueror’s Son is that of a worthy son of a great father, whose peace-making exploits on the Scottish borders, faithfulness and courage as a leading crusader and return in triumph with a foreign beauty as his bride give a whole new dimension to our view of England under the Normans. Katherine Lack sets out to redress the balance of opinion on Robert Curthose. What emerges is a fascinating revision of our understanding of William the Conqueror and his complex relations with his sons.

The A-Z of the Knights Templar