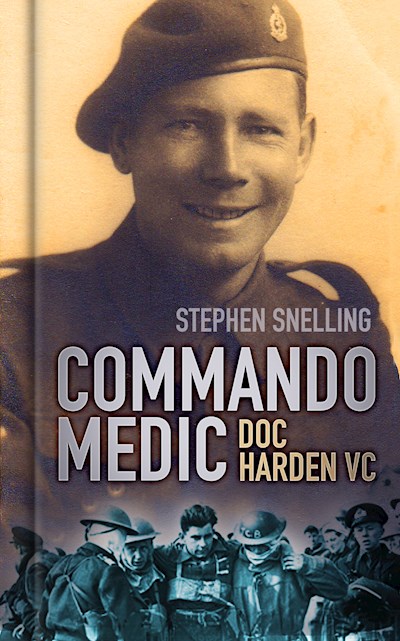 Eric Harden was the only British army medic to be awarded the nation’s highest honour for battlefield bravery during the Second World War and remains the only rank and file member of the Royal Army Medical Corps to be recognised by the award of the Victoria Cross. As a pre-war member of the St John Ambulance, he saw service during the 1940-41 Blitz and later volunteered for the Commandos, under-going the same rigorous training as the fighting men before being attached to 45 Royal Marine Commando. He landed with his unit on D-Day and was involved in some of the fiercest fighting of the Normandy campaign. During a bitter battle on the Dutch-German border, Harden, known throughout his unit as Doc, was killed saving the lives of wounded men trapped in no-man’s land. Commenting on the posthumous award in a speech to the House of Commons, the Secretary of State for War, the Rt Hon James Grigg was sufficiently moved by his selfless actions to say: “I do not remember ever reading anything more heroic.”