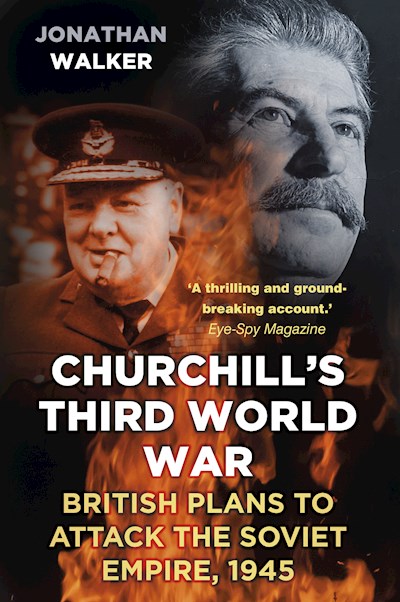 As the war in Europe entered its final months, the world teetered on the edge of a Third World War. While Soviet forces hammered their way into Berlin, Churchill ordered British military planners to prepare the top secret Operation Unthinkable - the plan for an Allied attack on the Soviet Union - on 1 July 1945. Using US, British and Polish forces, the invasion would reclaim Eastern Europe. The controversial plan called for the use of Nazi troops, and there was the spectre of the atomic bomb. Would yet another army make the fatal mistake of heading East? In Churchill’s Third World War Jonathan Walker presents a haunting study of the war that so nearly was. He outlines the motivations behind Churchill’s plan, the logistics of launching a vast assault against an enemy who had bested Hitler, potential sabotage by Polish communists, and he speculates whether the Allies would have succeeded had the operation gone forward. Well supported by a wide range of primary sources from the Churchill Archives Centre, Sikorski Institute, National Archives and Imperial War Museum, this is a fascinating insight into the upheaval as the Second World War drew to a close and former alliances were shattered. Operation Unthinkable became the blueprint for the Cold War.