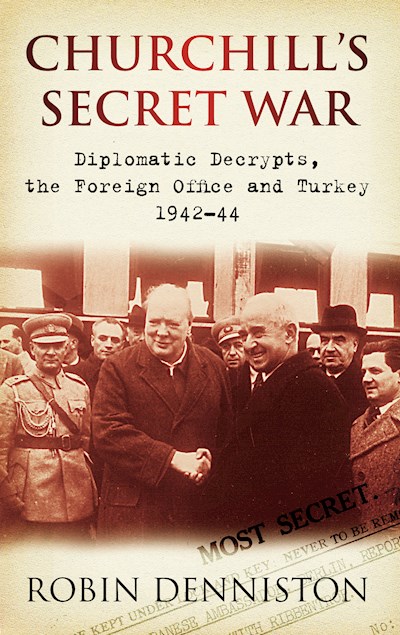 The key part played by Winston Churchill in shaping the course of the Second World War is still of great interest to historians worldwide. In the course of his research, Robin Denniston has uncovered previously unknown files of diplomatic intercepts which show that Churchill's role in British foreign policy and war planning was far more signficant than has hitherto been supposed. Although neither a commander-in-chief nor a head of state, he personally exerted considerable influence on British foreign policy to force Turkey into the Second World War on the side of the Allies. This ground-breaking book explores Churchill's use of secret signals intelligence before and during the Second World War and also sheds fresh light on Britain's relations with Turkey - a subject which has not received the attention it deserves. The book examines a little-known plan to open a second front in the Balkans, from Turkey across the eastern Mediterranean, designed to hasten D-Day in the west, and reveals new information on the 1943 Cicero spy scandal - the biggest Foreign Office security lapse until the Burgess and Maclean affair some twenty years later.