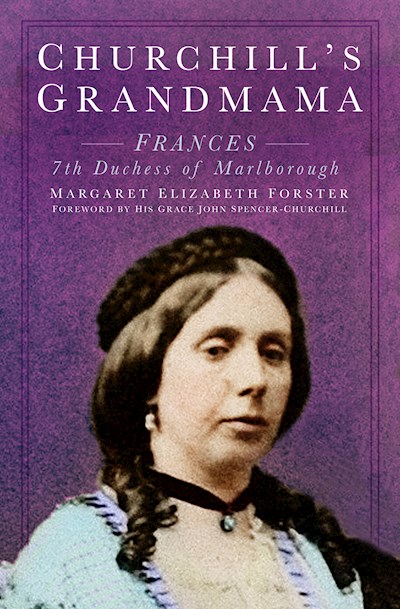 Sir Winston Churchill’s paternal grandmother and the mother of Randolph Churchill, the 7th Duchess of Marlborough, has been a minor figure in many works, yet hers is a fascinating story. Frances Anne Emily Vane-Tempest-Stewart’s family background, as well as her own life, is steeped in great historical names and occasions, from being the eldest daughter of Wellington’s second-in-command in the Napoleonic Wars to being a lifelong personal friend of Queen Victoria. Frances’ arrival at Blenheim Palace in 1843 as the bride of John Winston, 7th Marquess of Blandford, resulted in the great ancestral seat’s regeneration, and from there she gave loyal support not only to her husband and her younger son, Randolph, but also to her famous grandson, Winston Churchill, shaping his character, ambitions and later achievements. Alongside the influence she had over her family, her own crowning achievement was the part she played in averting the effects of the Irish potato famine of 1879, which threatened to repeat the extensive loss of life of the 1840s famine.