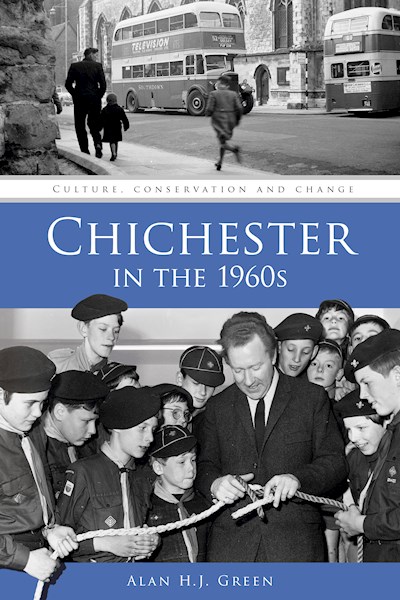 Chichester is the archetypal Georgian town, with streets of elegant buildings gathered closely around the ancient cathedral. It usually appears to today’s first-time visitor that the city has been largely untouched by the hand of time – particularly the destructive hand that guided the 1960s. However, this is not the case: in the 1960s, Chichester faced the same challenges as all historic towns, and much was lost – but the brakes were applied in good time and it became one of the first conservation areas in the country. This book, the first of its kind, looks at how Chichester fared in that turbulent decade, how it gained its status as a city of culture with a new theatre and museum, and how it expanded to meet the demands of its growing populace. Historical research blends with personal anecdote to produce a heartfelt portrait of the decade.