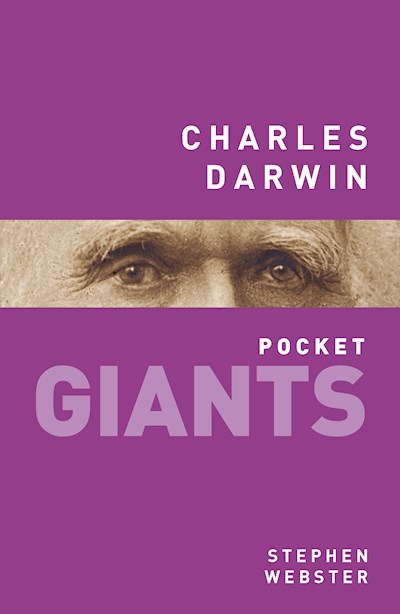 When Darwin announced his theory of evolution by natural selection, he did more than transform biology. Before his great work, humans were comfortably different from other life, a special creation. By showing how life on Earth evolved, Darwin told us that humans too are part of nature.

His decisive experience – a five-year round-the-world voyage on the Beagle – set him thinking about the diversity of life, ideas that would challenge the scientific establishment and Victorian society. Darwin for years built his evidence for evolution, even as he realised that such ideas were leading him straight into controversy and dispute.

This book gives a concise account of Darwin’s life and work, and makes vividly clear why his work continues to influence us all.

STEPHEN WEBSTER is Director of the Science Communication Unit at Imperial College. He was educated in zoology at Bristol, and in the philosophy of science at Cambridge. His PhD thesis was a study of art-science collaborations. Stephen has a writing career that spans textbooks, BBC radio plays, an opera about Darwin, BBC radio documentaries about the nature of science, and contributions to the Guardian newspaper’s weather column. His 1993 radio play about the clockmaker John Harrison was awarded an Association for British Science Writers prize; in 2003, with the composer Graham Treacher, Stephen was funded by the Wellcome Trust to write the libretto for Darwin’s Dream, a piece of music theatre that received its premiere in the Royal Albert Hall.