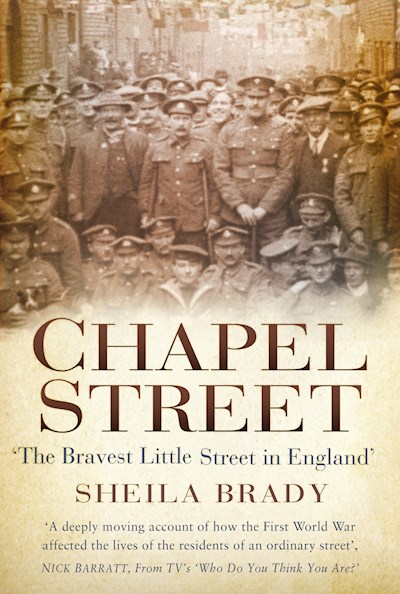 Chapel Street was a row of old Georgian terraced lodging houses in Altrincham, home to some 400 Irish, English, Welsh and Italian lodgers. From this tight-knit community of just sixty houses, 161 men volunteered for the First World War. They fought in all the campaigns of the war, with twenty-nine men killed in action and twenty dying from injuries soon after the war; more men were lost in action from Chapel Street than any other street in England. As a result, King George V called Chapel Street ‘the Bravest Little Street in England’. The men that came home returned to a society unfamiliar with the processes of rehabilitation. Fiercely proud, they organised their own Roll of Honour, which recorded all the names of those brave men who volunteered. This book highlights their journeys through war and peace. Royalties from the sale of this book will help support the vital work of the charity Walking With the Wounded and its housing, health, employment and training programmes for ex-service personnel.